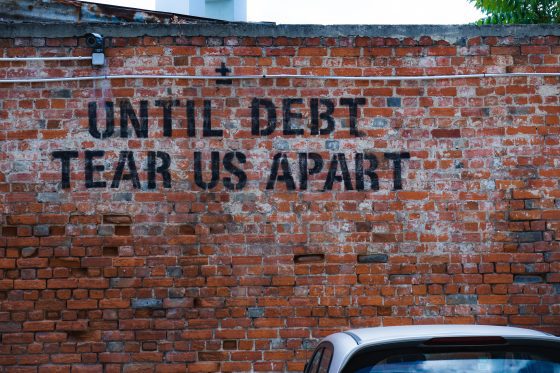 Both AfterPay and humm (formerly OxiPay) are pretty big in the Australian market.

It’s layby for the modern age. The difference is that with layby (or layaway for the Americans among us), you didn’t get your gear until you’d paid for it in full.

The problem with debt

I hate debt. Can’t stand it. One of the most important lessons my parents taught me as a child was to never borrow money for anything that wasn’t an investment. I ignored that rule when I was in my teens and got burnt badly with a high-interest credit card and a car that turned out to be a lemon.

I recovered (eventually), and the only thing I’ve ever borrowed a cent for in the last couple of decades is the house I’m currently sitting in.

Am I being a righteous goose? Maybe, and I’m ok with that.

The problem with AfterPay (and their peers, such as zipPay, Certegy Ezi-Pay, humm, BrightePay and Openpay) is that there is little oversight and young people are potentially being financially ruined before they’ve even left home.

Why do I care

Meeum is a service based company, in that the bulk of what we sell is tickets to workshops. The main player in this ‘buy now debt later’ malarky is AfterPay who will only ‘lend’ for products (although curiously, Jetstar, a service-based company, manages to offer AfterPay).

For (most) service-based industry, if you’re after a deferred credit provider, humm is probably where you’ll land.

OxiPay/humm have been in contact with us many times. We explored their offer and business model and ultimately decided that it wasn’t for us.

Some of our peers offer deferred payment plans via humm, and that’s their decision. I’m certainly not going to judge, and every business needs to works out what’s right for them. For us, it’s not deferred debt programs that have no oversight.

I want to make public my feelings on the matter, and why I feel so strongly about them.

The problem with AfterPay and humm

As a start, these companies offer no credit checks and also offer instant approval. For a non-financially savvy person who really needs that new shirt (or workshop), this can end in disaster pretty quickly.

The Australian government recently ruled that AfterPay and similar instalment plan schemes would not need to adhere to the credit act.

What that means is that unlike almost anyone else who lends money, AfterPay et al do not need to adhere to responsible lending laws. In short, they don’t need to ensure that the people seeking credit have the means to pay it back.

A recent report from the Australian Securities and Investments Commission (ASIC) showed that two million people now use these schemes. Two years ago, that figure was 400,000.

As of June 2018, there was over $900 million in outstanding balances to these buy now pay later companies.

Yet ASIC does not see that these businesses need to adhere to the credit act.

That is absolutely shocking.

Even though the policies of these buy now pay later schemes are slightly better than loan sharks like Nimble et al, I still put them in the same basket.

But you accept credit cards – isn’t that a bit hypocritical?

Yes, we accept credit cards, simply because they’re the default payment system for pretty much everything. Even though there are certainly some sharks in the credit card waters, the industry is still regulated.

We also accept cash transfers to our account and are looking into BPay.

Don’t get me wrong- we don’t want to make it hard for people to give us money, we just don’t want to be part of the debt problem that is perpetuated by easy-debt systems.

The solution for AfterPay and humm

If people want to buy from us and can’t afford it, then we are more than happy to offer an interest-free payment plan.

Plenty of people have called asking if we offer AfterPay or humm, and to each, we say NO – we offer MeeumPay (I just made that name up). What we actually say is we don’t offer humm, but we are more than happy for them to pay off the cost of their desired workshop over time.

10-20% down now, with the balance paid however they like, so long as it’s all settled before the workshop rolls around.

For most people, that’s fantastic, and they’re extremely grateful. Yes, it’s a little more admin for us, but if we’re selling a workshop for $500, then our customer should pay $500 to us, not $1200 or more to humm.

We do not want to be part of the problem of Australians being $900m in debt to buy now, pay later schemes.

As an added kickback, we actually get a heap of goodwill from those customers who appreciate the fact that we’re actually human. As a business owner, you can’t get much better than that.

If you’re a business owner who is considering humm / OxiPay, AfterPay or some other debt scheme, would you instead consider offering your own layby system?

If you offer your own interest-free option, your potential customer will probably come to you rather than your competitor who’s happy to lean into the buy now pay later phenomenon. It’s goodwill for everyone.

Be a good business owner.

Be a better human.