Topics covered in this article:. 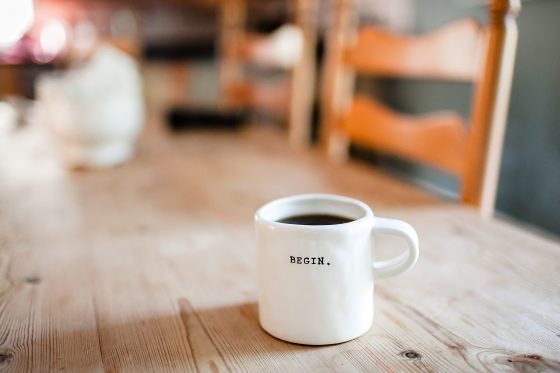 Learning to code is not always about becoming a coder. For a proportion of our students, learning HTML and CSS is about building on their existing skill set. This not only secures them more diversity in their current roles, it also offers more opportunity for promotion.

While we’ve taught a number of aspiring coders who are now pursuing careers in development, many of our graduates are business owners, entrepreneurs, school teachers, artists and professionals.

One largely represented group are professionals who work in digital and are looking to upskill in their fields.

While focusing on those ‘already digital’ people, this article will be beneficial to anyone considering learning a bit of code. For the entrepreneurs out there, have a read of Smart Entrepreneurs know how to code (after reading this article first, of course).

Whether you’re working in design, marketing, sales or somewhere else in the digital pipeline, HTML & CSS knowledge is no longer a ‘nice to have’ but a ‘must have’ to maintain your career.

“Learning to code is useful no matter what your career ambitions are.”
—Arianna Huffington, Founder, The Huffington Post

HTML & CSS are the core parts of every website. That’s all there is to it. While many sites may be built using other technologies, such as PHP, C Sharp or Java, their core is still HTML & CSS, and without an understanding of them, you won’t be able to work effectively in digital.

To be clear, no one is asking you to be an expert in these languages. That’s what Front End Developers are for.

However, having a basic, fundamental knowledge of HTML and CSS is what is going to set you apart from your peers.

“Learning to write programs stretches your mind, and helps you think better, creates a way of thinking about things that I think is helpful in all domains.”
—Bill Gates, Co-Chairman, Bill & Melinda Gates Foundation, Co-Founder, Microsoft

What does the data say?

I’ve been getting a daily email from Seek for over a decade, listing all the jobs listed across the country that have HTML and CSS as the keywords.

When I set this up, I deliberately didn’t add any terms like “web developer” to the search, as the industry has so many names for much the same job. Over the last 15 years I’ve been a Front-End Developer, UI Developer, UI Engineer, UX Developer and Front-End Specialist among others.

🔥🔥 Hot tip: Searching for the skills required is far more efficient than searching for the job title. Not only does it cover you if someone advertises the role as a different name, it also means you get exposed to other roles that utilise your skill set. 🔥🔥

When I set up the email alerts, pretty much all the jobs listed using “HTML” and “CSS” as keywords were for Front End / User Interface (UI) Development roles.

Over the years, I’ve noticed more and more diverse job roles listed in those emails. Some of those roles have included Web Designers, Digital Marketers, Project Managers and Back-End Developers.

More recently I’ve noticed HTML & CSS becoming a must have for many of those same positions.

Firstly, for those not working in digital, a few acronyms explained:

So let’s take a look at Seek using HTML & CSS as keywords. Yep, there are (of course) a heap of jobs looking for Front End/UI/UX devs, but take a look through and you’ll see a considerable amount of jobs without ‘developer’ in the title.

As I look at it today, some of the job roles listing HTML and CSS as a requirement include:

You get the picture.

Something else to note, that of the other jobs (ie: the ones that had developer in the title), a fair chunk of them were PHP, .NET, Ruby and Java roles. What does that mean? They were BACK END developer roles that all required HTML and CSS as prerequisites too.

There are not that many people in the digital realm that DON’T need to know HTML & CSS these days. I predict that within five years time, you will HAVE to know some HTML & CSS to work in any digital role.

Advantages of learning HTML and CSS

OK – so we’re clear that it’s an advantage to know these core web building skills, but why do employers want you to have that knowledge?

Understanding the fundamentals of HTML and CSS and how they’re used to create web pages is a skill that will always be valuable.

An architect with a basic knowledge of home building will know that they cannot design a mansion to sit on a toothpick. Same goes for designing for the web. Working with designers and marketers who understand the limitations, as well as the possibilities of code, saves countless hours in meetings and refactoring.

The ability to make web updates yourself

Today’s marketers, designers and others often need to request small updates to websites. Having the ability to do these yourself means the changes can happen immediately, without having to join the queue of requests to the development team.

Here’s an email I received the other day from a Mel, a graduate of our three-day Website Building Masterclass:

“I’ve been writing CSS all day today and have polished what was a truly horrid template into something 100% classier — couldn’t have done it without your course so thanks :-)”

Mel is a Digital Marketer. She is not a Front-End Developer, and neither does she aspire to be. But she now knows CSS and has opened up a wealth of possibilities in her current role (and those of the future).

The ability to override your CMS

If you’re using a drag and drop editor, like Squarespace or Shopify, then having coding knowledge adds so much power to your site.

Without HTML & CSS skills, you have three options:

To reiterate, no one is saying you must master these skills. HTML & CSS are at the core of every facet of the internet, and having that initial understanding has the potential to take you so much further.

If you’re keen to have a go, why not enrol in one of our workshops? The introductory ones are only three hours.

You’ve got three hours to invest in yourself, surely.

“Whether you want to uncover the secrets of the universe, or you just want to pursue a career in the 21st century, basic computer programming is an essential skill to learn.”
—Stephen Hawking, Theoretical Physicist, Cosmologist, Author

Want to know more about coding and how to upskill in your digital career?

Meeum offer a range of coding workshops starting at just three hours. Or jump right in to a one day workshop or two day coding masterclass!

Get in touch to discuss learning to code with Meeum.

What if you COULDN’T opt out of My Health Record? Student Story – Laura (Advertising Account Director)